How Flat Should An Organization Be? 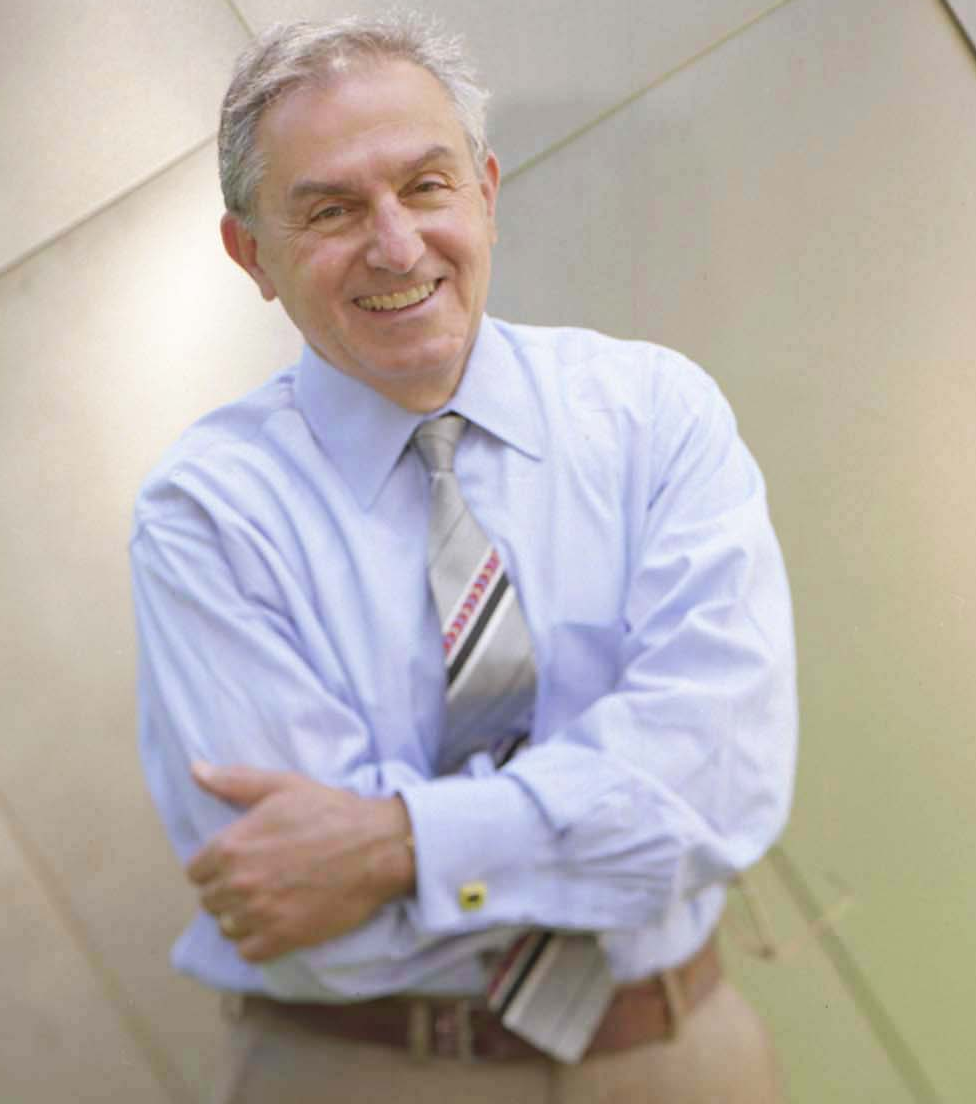 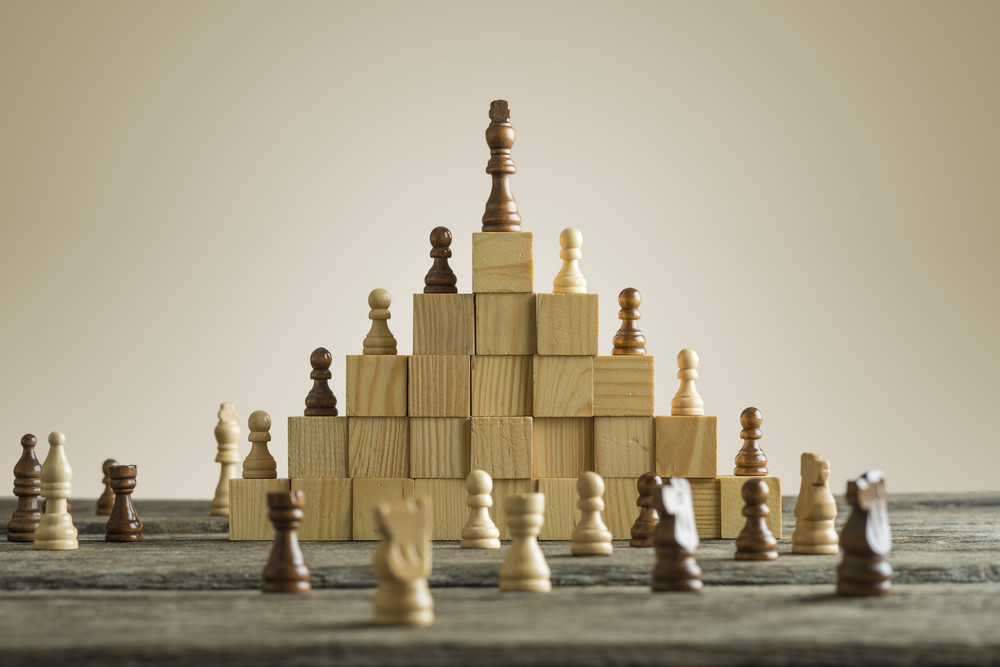 Many books and articles have documented the relationship between organizational structure and the ability of a company to produce results and to grow.

Briefly stated, an organization must first determine its strategy (what-to-do) and then develop a tactical (how-to-do) plan for the work to be done. This includes work assignments, deadlines for performance, budgets and more.

The right organizational structure must be in place to administer the selected strategy. The right structure does not guarantee results. But the wrong structure, said Peter F. Drucker "aborts results and smothers even the best-directed efforts."

Every kind of organization, whether business or social, needs to continuously reevaluate its basic structure if it significantly changes its size or the competitive environment changes. Indeed, any organization that doubles or triples in size must be restructured to fit new realities.

There is a great deal of talk today about "entitlement" and "empowerment." However, we are quickly approaching an era where "the responsibility-based organization" which puts the spotlight on responsibility and contribution rather than power and rank is becoming the ideal structure for a knowledge-based workforce.

This is the first in a series of articles that will be discussing new kinds of organizational structures–especially, the concept of responsibility-based organizations–which emphasizes the need for productive work, continuous feedback information for worker self-control and organized continuous learning (learning from people, not formal courses).

In the never-ending debate about the structure of companies, a strong preference is emerging for flat/responsibility-based organizations, or those with no or few levels of management.

I really started thinking about how flat a company can become after Elon Musk announced the restructuring of Tesla.

Tesla had just lost a couple of senior managers. The assumption was Musk would be taking on even more operational responsibilities. Some reports had Musk already sleeping on the factory floor.

I was worried for Musk and his company. Musk is a great visionary and entrepreneur, but Tesla is struggling with production and safety problems with its Model 3.

Musk’s public arguments for flattening were good: “As part of the reorg, we are flattening the management structure to improve communications, combining functions where sensible and trimming activities that are not vital to the success of our mission.”

But Musk’s actions and Tesla’s challenges raised questions of how much can a single manager do and how flat can a company’s management structure become.

Musk has convinced many investors of his superpowers. Tesla is valued more highly than any other US automotive company and still seems to have the capacity to raise cash.

But lately, Musk’s temper has been showing as the business press raises questions about production and safety.

With problems emerging and with signs of a testy relationship with analysts, maybe Musk needs some help at the top.

More importantly, an organizational structure for a large enterprise with a unique CEO won’t necessarily work for the next CEO.

Management theorists have been playing with the subject of organizational structure for a long while.

About 50 years ago, companies were decentralizing corporate functions into business units.

Functions like human resources and finance would better serve the business if they were physically and operationally closer to the action, so the thinking went.

About 20 years ago, thinking changed. Decentralized functions were becoming too costly.

So the notion of centralized service centers, in which practices and processes were standardized, became popular.

For most of the industrial age, a hierarchical model of management was the accepted structure.

RELATED READING: Zappos Does Away With Bosses: 5 Things You Need to Know

I saw the need for flattening in my reengineering work. Companies had become too complex, and there were layers of management that added no value to the business. There were checkers checking on checkers, and lots of useless information accumulating.

Worse, customers were having problems getting answers–and products–out of companies with aging, complex structures.

But today, I wonder whether we have gone too far in trying to make organizations look like the networks that run our technologies.

I have seen one example of a completely flat structure. (I’m sure there are others.) The company grew and canned tomatoes–yes tomatoes, not Teslas.

Everyone in the plant was of equal position, issues were collaboratively discussed and resolved in committee fashion. No one seemed to be at the top.

Raw tomatoes arrived at the plant, were processed, put in cans, cans put in boxes and then shipped out. I’m sure there were questions along the way, but not much conflict. It worked.

Arguing for Some Hierarchy

This was a simple operation. There was a single stream of work, without much complexity.

But as soon as there is complexity in a company’s operations, one level of management–or more–is required.

A flat, committee-based structure for a complex business quickly runs into trouble. Representatives from different parts of the business often have a penchant for arguing.

I have seen these never-ending debates where it’s necessary for someone to make an informed decision. That’s when a true leader is needed most.

But I do agree that a company should not have layers of management that add no value. Technology enables the flattening of organizations by aggregating information and making performance visible.

Structure Has Some Benefits

Behaviorists argue that a person’s progression through levels of management satisfies a need for perceived achievement.

Hierarchy serves this purpose. There are people who believe their “rank” in an organization is as important as what they get paid.

But if there is any virtue in hierarchy–other than having competent leaders to make hard decisions–it’s that a structure can provide a mechanism for training and development.

People in “senior” positions should only be there if they are good coaches.

There is No Perfect Structure

Having participated in the design of many organizations, I have learned there is no perfect structure.

Every enterprise’s structure typically generates a mix of good and bad behaviors. For example, centralized business functions can save money, but they can also be too remote from the business.

When problems emerge, don’t rush to change a structure. Look for processes or mechanisms that can minimize the problem.

I always know that a company is in trouble when it changes its structure more than once a year!