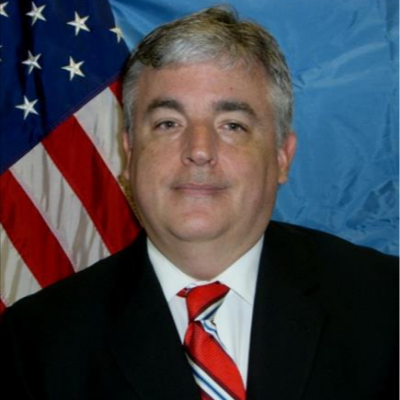 Presently, Dr. Rude is the Chief Learning Officer for the United States National Nuclear Security Administration. In this executive role, he is responsible for the NNSA’s comprehensive learning portfolio to include developing leaders at all levels, competency models, career paths, and talent pipeline programs. He serves on the Federal Government’s Chief Learning Officer Council and on the Government-wide Talent Development Steering Committee.

From 2010 to October 2015, he was the Chief Learning Officer and Acting Executive Director for Human Resources Strategies and Programs for the Department of Defense’s civilian workforce of approximately 800,000 employees – one of the world’s largest employers. Prior to his CLO appointment, he managed a wide variety of enterprise talent development programs. From 2004 through 2008, he was the Chief Human Capital Officer and Deputy for Administration at the Defense Security Cooperation Agency.

Previous assignments included Chief of Financial Policy and the Asia-Pacific Regional Finance Director in which he managed a $47 billion portfolio for the U.S. Government’s Foreign Military Sales program. He authored publications on contract reconciliation and closeout, as well as numerous agency-level policies in the human capital, strategic planning and financial arenas. Dr. Rude has also been a member of several high-ranking interagency committees. He currently serves as Learning Director for Organizational Science and Culture, Inc.

Areas of research interests and expertise include leadership development; adult learning; emotional intelligence; and organizational learning, culture, development, and change. He is a senior professorial lecturer at the George Washington University, University of Louisville, and George Mason University.  He has published several peer-reviewed articles in various journals. His dissertation research was on developing emotional intelligence in Federal government leaders. He has facilitated workshops with tens of thousands of employees around the globe.

Dr. Rude has a B.S. in Business Administration from George Mason University, a Master of Public Administration degree (with honors) from American University, and a Doctor of Education in Human and Organizational Learning (Executive Leadership Doctoral Program) from the George Washington University. He is a graduate of the Federal Executive Institute’s Leadership for a Democratic Society and is a Harvard University Senior Executive Fellow. He possesses certifications in performance management and compensation. He is the recipient of several commendations, including the Secretary of Defense’s Exceptional Civilian Service Award.

10:00 AM Running Training Like a Business: Prove your Value

Executives tell us they believe in the value of learning and prove it by investing in training and development. They believe committed and capable employees drive the results that shareholders demand. But they’re not convinced that their training and development organizations are showing results. How can you run training like a business by showing tangible return on investment? Come up with metrics that flow to the bottom-line such as: improved customer retention, more revenue, higher close rates and competitive wins.

Check out the incredible speaker line-up to see who will be joining Dr. DAVID A (DAVE).