How to Be a Change Leader

It's easy if you know how. 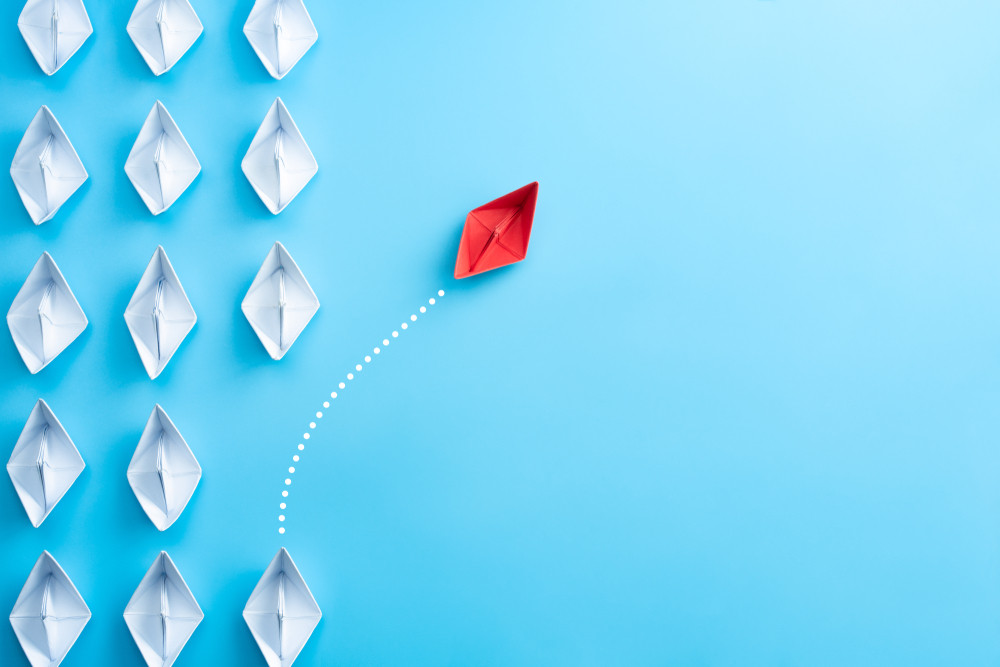 There’s a scene in the movie "The King’s Speech" where George V, King of England, has just completed his annual greetings to his subjects by radio. He remarks to his son who suffers a speech impediment, “It’s easy if you know how.”

Later this son becomes King of England and makes a speech at the outbreak of WWII to his subjects, one quarter of the world’s population. In the interim he has received training from Australian speech therapist, Lionel Logue. He makes an error in delivery pointed out by Logue.

The King responds, “I had to make one error, or they wouldn’t have believed it was really me.” We can't but remember George V’s comment: “It’s easy if you know how.”

That’s true of many things in life and perhaps nothing more so than having to deal with change. Yet, despite hundreds of books on how to manage change, Peter Drucker, “the man who invented management,” denied that change can be managed.

He went on to explain that while you can't manage change, you can lead it, and he told us exactly how: innovation can make anyone a change leader.

Without Innovation Any Organization Will Eventually Fail

Drucker first proved that any organization, no matter how successful, will eventually fail even if it continued to do what had made it successful in the past.

This is because of external change—in the environment, technology, demographics, actions of the competition or something else. One doesn’t need to look far, from buggy whips to the recent demise of Blockbuster Video rentals to confirm the accuracy of that statement.

This led Drucker to understand that innovation was one of the two basics of any business, the other being marketing. So rather than reacting to or managing change, one must be a change leader.

However, to become a change leader and accomplish innovation successfully requires a specific process—not the haphazard way that innovation is frequently attempted.

First, the would-be change leader needs to recognize that change is an opportunity to be more effective and more efficient to improve and to accomplish things that are important. Therefore, to become a change leader, it is essential that you do the following:

The First Window, The Unexpected

Percy Spencer, an engineer at Raytheon certainly did. He was playing around with a microwave-emitting magnetron used in radar when he felt a strange sensation in his pants.

He felt and found a mess in his pocket from a chocolate bar he had been saving for a snack. It had completely melted. Since the only thing he had done was to manipulate the microwave radiation of the magnetron he knew that there was a connection. The result was the microwave oven. Of course, it took some years to filly develop, but that’s how it started.

Incongruities are unexpected and can be seen in successes and failures too, but they have to do with differences in what should be or is expected and what exists.

Alfred Einhorn was inventor of Novocain. He intended it for use by medical doctors. Instead, it immediately found its use primarily in dentistry.

Einhorn wasted money and time in trying to alter this reality. He went all over Germany trying to discourage dentists from using Novocain. Contrast this with, Joe Cossman, who invented a garden sprinkler which consisted of a plastic tubing with many holes.

Connected to and placed in any pattern on a lawn it allowed considerable flexibility. Water fell in any pattern the user wanted. Joe tracked his orders and found that farmers were buying the sprinkler in increasing numbers.

Why? They were using his sprinkler as air conditioning for chicken pens. This opened an entirely new and profitable but unintended market for the product.

There are many innovation opportunities in simply improving the process for doing something. Consider manufacturing.

Man has made extensive use of stone, bronze and iron since prehistoric times, but it was steel that fueled the tremendous gains that enabled the Industrial Revolution and was the foundation of all modern building.

Steel has also been around for several millennia. However, it couldn’t be provided in large quantity. Then a process for mass-producing steel using molten pig iron was developed in the 1850s, and its uses became almost unlimited. Suddenly steel skyrocketed in importance and it became the major construction material in building great cities around the world.

People tend to keep doing things the same way sometimes indefinitely, and this carries through to industries, markets and everything else.

Bill Bartmann was once listed by Forbes magazine as the 25th wealthiest man in the U.S., right ahead of Ross Perot.

Bartmann made his biggest fortune in a highly innovative fashion by completely turning an old industry on its head.

This was debt-collection, where the standard operating procedure was to threaten, hound, and otherwise coerce those owing money to pay up or else.

Bartmann bought letters of credit for 10 cents on the dollar. However, instead of using the law or finding thugs with broken noses to threaten physical harm, Bartmann hired an assortment of personal coaches, and financial and placement experts to assist those owing money to assist in finding a job, rebuilding careers, and restructuring loans so that while maintaining their self-respect, most owing money were able to pay off every penny.

And of course, Bill made a fortune in the process by buying the notes to these loans so cheaply.

Demographics describe the characteristics of any human segment. Their characteristics may pertain to education, religion, ethnic group, culture, income, number of children, and just about any other factor that can be measured. These characteristics are not static; they change over time.

People live longer and tend to be in better health at older ages than in generations past. They say that today’s age demographic of age eighty were previously age sixty of times past. These changes have caused an explosion in the interest in and maintenance of health, which has led to health maintenance organizations, health newsletters, vitamins, spas for seniors and more.

A few years ago, a woman in Spain by the name of Susana Seuma lost the use of a leg in an automobile accident and it cost her her career, which required two good legs.

Ms Seuma strapped on a fan-shaped monofin over her legs and donned glimmering spandex over her body. After mastering the art of swimming with this adornment, she founded the Sirenas Mediterranean Academy and taught the art of being a mermaid, or at least swimming like one, to hundreds of attendees at her school.

She was no longer perceived as handicapped or at a disadvantage, but rather one who had learned the special skills of being able to swim like a fish!

“New Knowledge” only needs to be new in the sense of applying it. The knowledge needed to develop the Internet was available in the early 1960s. The knowledge for the personal computer, has been around since 1962. Even ideas not requiring high technology take much time.

Consider the marketing plan. Search for examples prior to World War II, and you will come up empty. Post-war articles in the Journal of Marketing began to tout the idea of a marketing plan like plans of military strategy, which became familiar during World War II.

But it took more than 20 years before most organizations began to innovate, adopt the process and produce the marketing plans resulting from it.

Is That All There Is?

Not quite. Resources of all kinds will always be limited. You’ve got to look forward to the future and not the past. Therefore, top people need to be assigned to your innovations, not to running old projects.

Unless you have an unlimited source of money, good people, and other resources, change and innovation requires abandoning some projects that may still be profitable. Drucker called this “organized abandonment.”

Legendary “Manager of the Century” Jack Welch implemented this by dropping every GE business, profitable or not, that was not, or unlikely to become, number one or two in its market.

Through this innovation, he increased GE’s already high value by 4000% in nine years. Mr. Welch might say that it was easy when you become a Change Manager and know how. 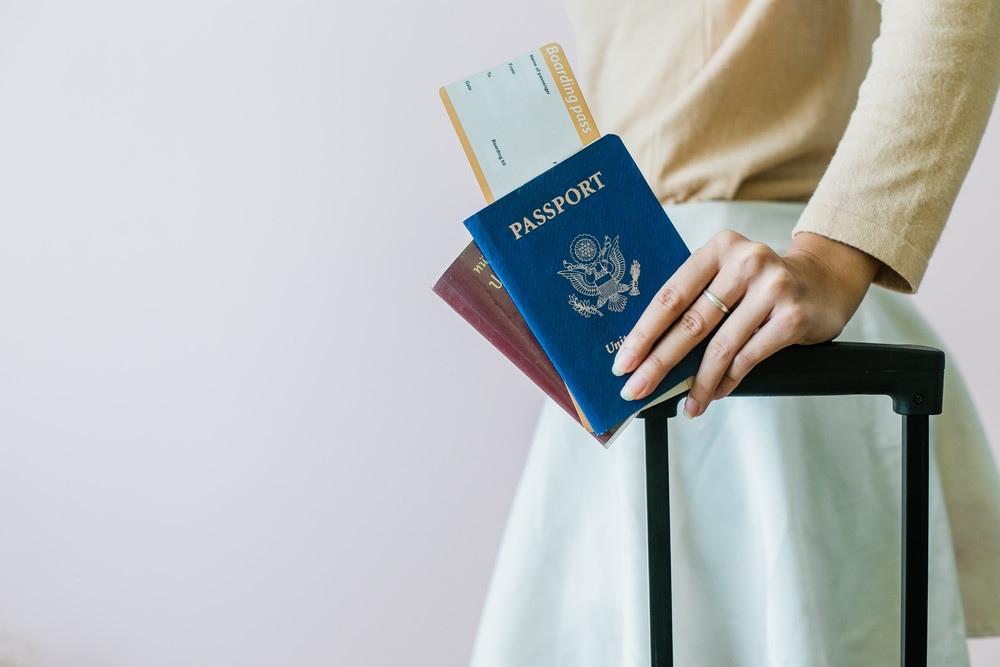 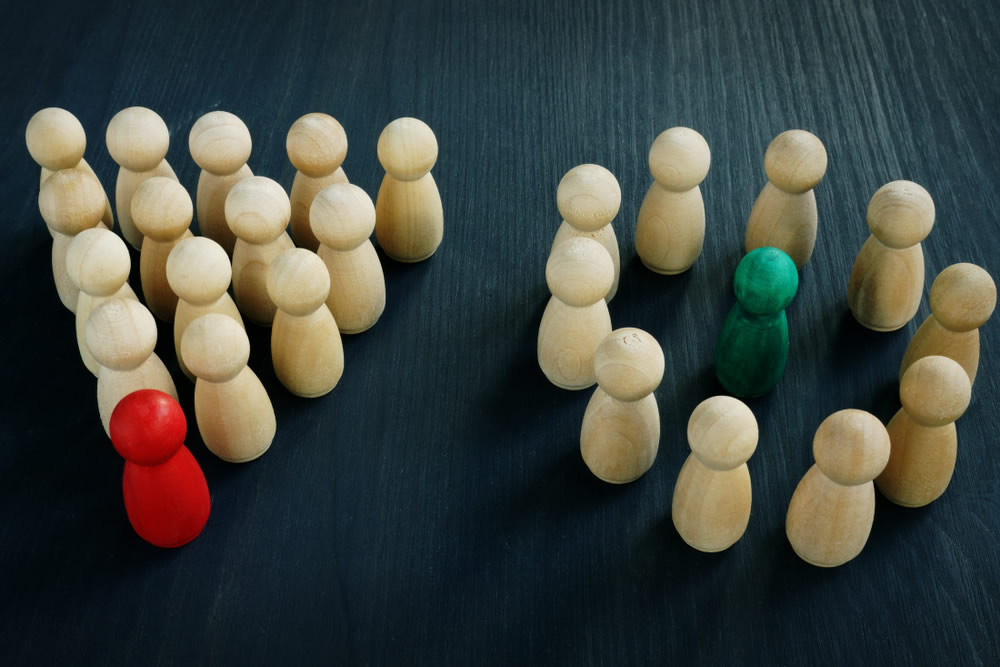 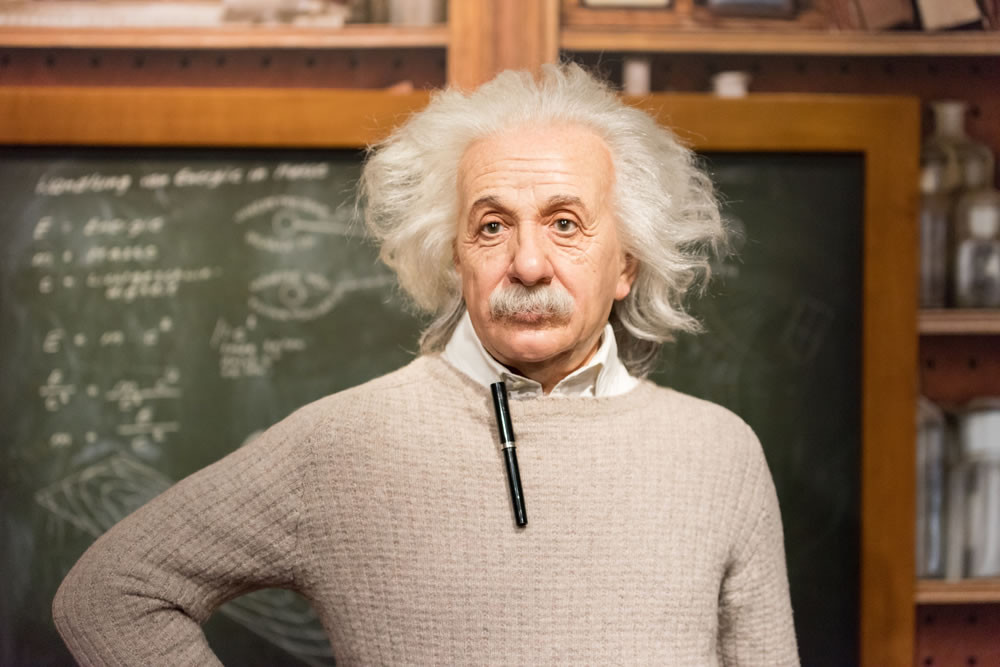 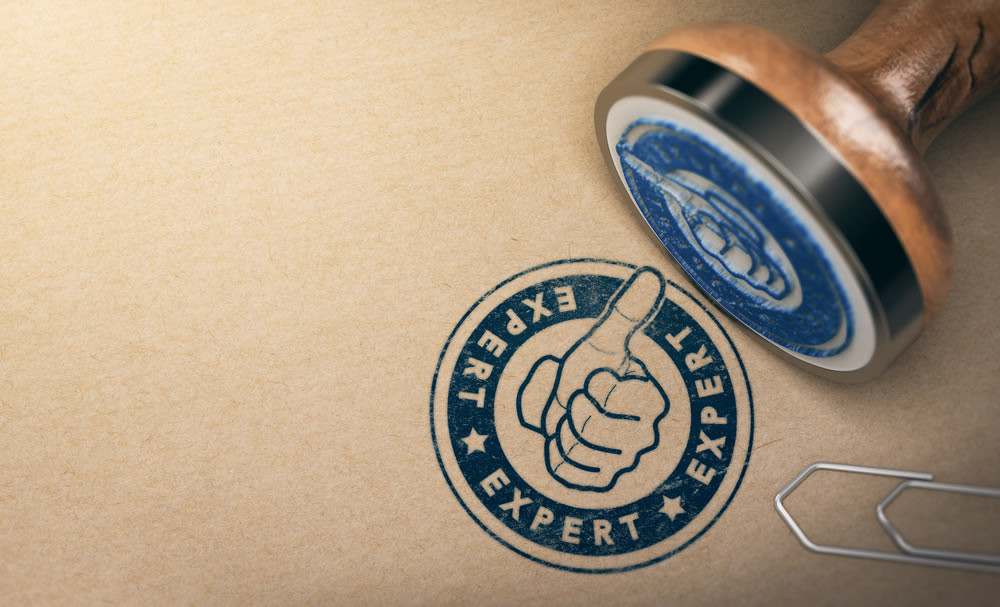 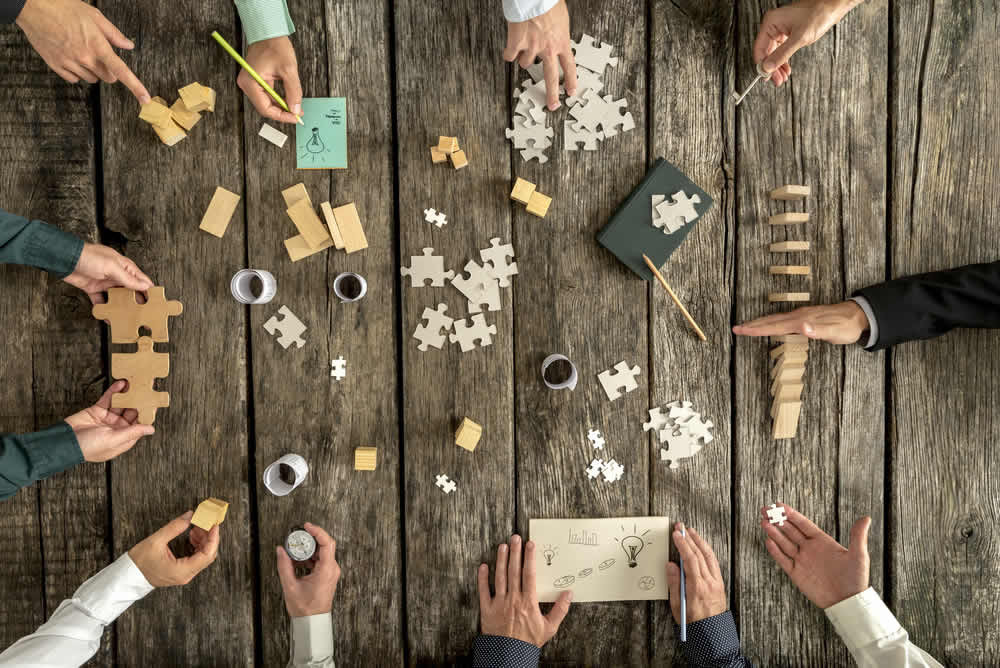 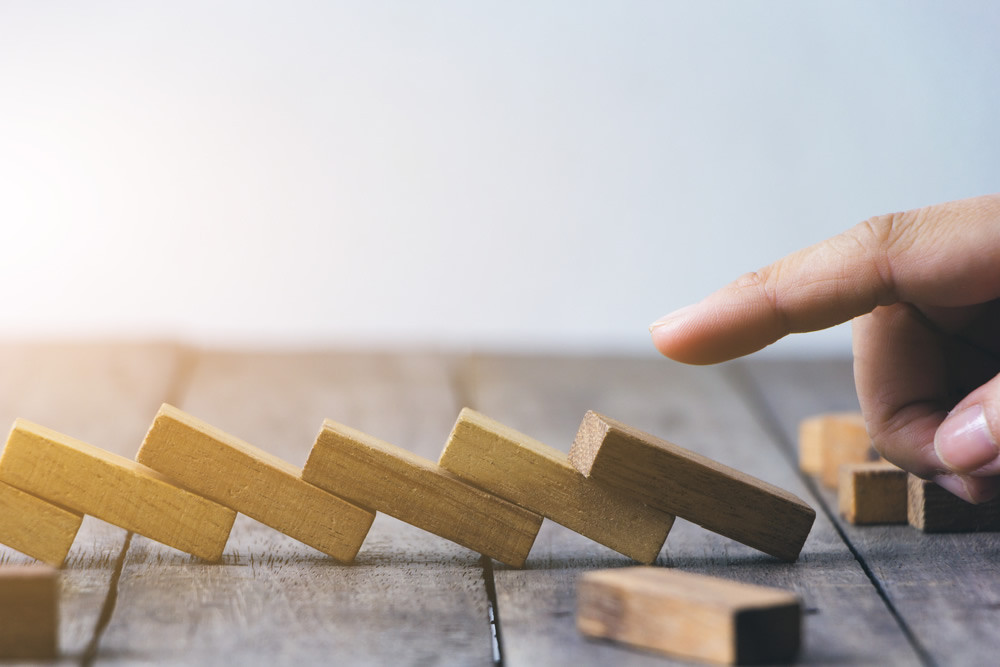